This page provides an insight in the effort CRASH has put into aircraft recoveries. These aircraft crashed in The Netherlands during WW2. You can download a list of all our recoveries HERE (in Dutch). 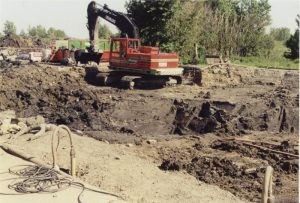 Recovery of a RAF Lancaster during May 2000. JB 659 of RAF no 97 squadron (OF-J) , was shot down by a German nightfighter on the return flight from Berlin and during the crash smashed through a dutch farmhouse. The inhabitants all lost their lives. All 5 crew members went missing in action untill 2000. After continuous efforts to initiate a recovery of the wreckage, the actual recovery of the plane took place and the 5 MIA’s were found and identified. 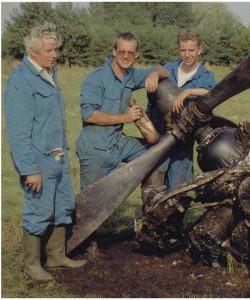 One Bristol Hercules engine recovered from RAF Short Stirling BK 657, code LS-C, no. 15 squadron. The bomber was shot down by a german nightfighter on 27 april 1943 near Portengen / prov. Utrecht.